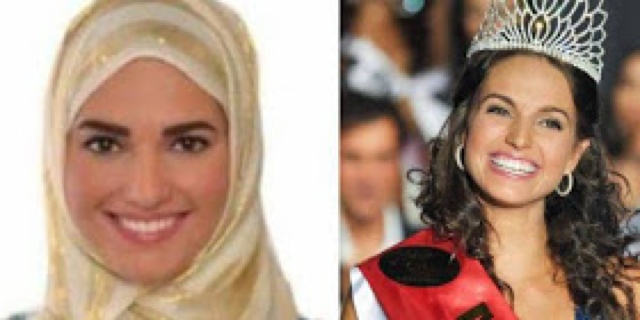 Former Beauty Queen of Democratic Republic of Czechoslovakia, Marketa Korinkova embraced Islam after repenting to lead the life of Christianity. She said that she has decided to embrace Islam and settled down in Dubai relinquishing her native country. She also changed her name as Maryam. She said that the status given to Muslim women in Islam attracted her to accept this faith. She has been thinking of embracing this faith for the past three years. She made a public announcement in Dubai of her accepting Islam.

According to a report published in Arab Journal “Al Quds-al-Arabi”, in London, international fame production designer, super-model and film actress, Marketa Korinkova surprised her fans by making this announcement. She was elected Miss Universe in a beauty contest held in Italy, after which she gained international fame. Many multinational companies acquired her services for publicizing their products. Very soon, she became the super model. Hollywood also offered her to perform in their films. In the film ME90LOVE, she had played a key role. She held the position of Director of Prague’s Film Academy FAMU. She is an acclaimed international designer. She also has an advertising company in Prague. A noted company of Dubai, Ali and Sons Group of Companies appointed her as their Sales Manager.

She holds a master’s degree in English Literature from Charles University of Prague. Later, she did her MA in Production Designing from National Film and TV School of the Royal College of Arts, London. She also worked for BBC.

After getting the position of Miss World, she scaled greater heights but she said that despite having everything she was mentally upset. She tested everything to get rid of her internal restlessness. She resorted to drinking wine, playing music and gambling but the thirst of her soul could not rest. On the advice of one of her friends, she started studying various religions three years back. As a born Christian, she did not find solace in Christianity. Disappointed with Christianity, she started studying Islam. Her eyes were then opened. The status Islam has given to women attracted her and she decided to embrace Islam. After spending some time in UAE, she decided to settle down permanently in Dubai. She said that in her childhood she was told that Islam has not given any status to women. When she studied Islam, the truth was exposed that Islam has given a pious position to women whereas the west is playing with women in the name of freedom. She told that she has decided to settle down in Dubai so that she could get more of Islamic teachings. She expressed her feeling that for a long time there was a burden on her heart and she was restless without any reason. When she recited “Kalima”, her restlessness came to an end. She has given up western garments and started wearing hijab. When she posted her photographs with Hijab, millions of her fans got surprised. They thought that she has posted these pictures of her taking part in Arab fashion show. When she announced that she has embraced Islam and changed her name, their surprise increased.
Posted by vkrnajur at முற்பகல் 10:30